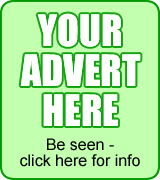 Can't find what you're looking for?

The idea for uSWAP was first mooted in early 2005. In those days it was not known as uSWAP and had many names until uSWAP was settled on. The inspiration for the website came from the owner's housemate. Her father was swapping his housing association house for a smaller house belonging to the same association. This entailed spending a lot of time putting up postcards and posters in shops and offices. After hearing about the housemate's father's predicament the owner of uSWAP, Emma Dawson came up with an idea for a website whereby housing association tenants could swap houses from a centralised point (moving from one area to another) - rather than spending time putting up cards and posters.

Having come up with the idea, Emma now needed help in creating the website. After been turned down by many web companies, Emma eventually convinced Jason Cook the owner of Deepblue-digital that the idea was worth pursuing.

THE DESIGN AND BUILD

Deepblue-digital first of all proposed ideas for different logos, then page designs, going through many permutations before settling on the fresh look and feel they hoped reflected what would be the fun experience of uSWAP. The designs were then handed over to the programming team headed by Matthew Prothero. They started to expand on the original basic swapping idea and incorporate by now commonly used detail such as user control panels, advanced search, login details, a points system and much more. Over the next few months, Deepblue-digital and Emma developed and refined a site that became much bigger than was originally envisaged. It now allowed people to swap items, skills, labour and property.

The uSWAP Team hope that the site is of use to people wanting to help one another to acquire items, skills, labour etc, in a fair environment. uSWAP is not an auction site, and should not be treated as one. If you want to make a 'quick buck', then maybe uSWAP isn't for you; however, if you're feeling altruistic and want to help other people, then maybe our site is for you. The uSWAP Experience is something that you won't be able to find anywhere else on the Net, and we hope that you enjoy it.